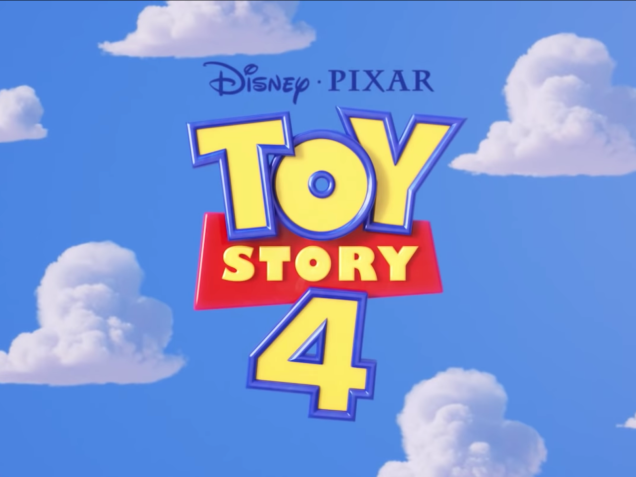 It always seems that as soon as I find one tidbit of information, and post about it, even more surfaces!  In addition to the interview with Total Film magazine that I shared previously, Toy Story 4 Director Josh Cooley also spoke recently with the entertainment website Fandango.  And, most exciting of all, I also discovered a potential image of Bo Peep’s new look!

‘Toy Story 4’ to be Widescreen

Although brief, Cooley’s remarks in the Fandango article – which details Disney’s upcoming slate of films for 2019 – build upon his earlier comments, while adding an interesting new bit of info about how the movie will be presented:

“One of the ideas that got me excited to work on Toy Story 4 was that we were going to be expanding the world of Toy Story.  This would be the first time the toys would venture outside of the Tri-county area into the unknown.  We decided to literally expand the world by changing the aspect ratio of the picture from the previous Toy Story films (1:85) to widescreen (2:39).  The wider image really pushes the sense of scale and puts you in the big world right alongside Woody.  The best way to experience the scale and to see the amazing detail in the film will be to watch Toy Story 4 on the big screen.”

I had read that the aspect ratio had changed for this film, but didn’t think too much of it – so it’s great to know that there was a deliberate and artistic reason for the choice.  It’ll be exciting to see the toys on such an expansive screen!

“I think one of the big reasons the Toy Story films are so entertaining is the characters.  Part of the excitement of seeing a new Toy Story film is seeing the characters you already know and love, and meeting what new toys Woody and the gang come across.  It’s fun to see the toys we know again, but I am VERY excited for the audience to meet the new toys we’ve created for this story.  Creating new characters that fit in the world alongside the classic ones was some of the most fun I had working on the film.”

I love nothing more than hearing from the people who have been directly involved with the making of the Toy Story films – be it the director, other Pixar filmmakers, or even the voice actors themselves.  This is where we get the best insight, and it’s only the beginning of hearing more from them about Toy Story 4.

Now, this is something to take with a grain of salt, because no official image of Bo has been released by Pixar as of yet.  But, considering what we’ve seen already in the recent ToyBox silhouette  – most notably the mysterious accessory on the side of her head – as well as the quality of this illustration, I’m going to share it in case it is in fact legit.  It was posted on December 21 by @DOAKillzs on Twitter: 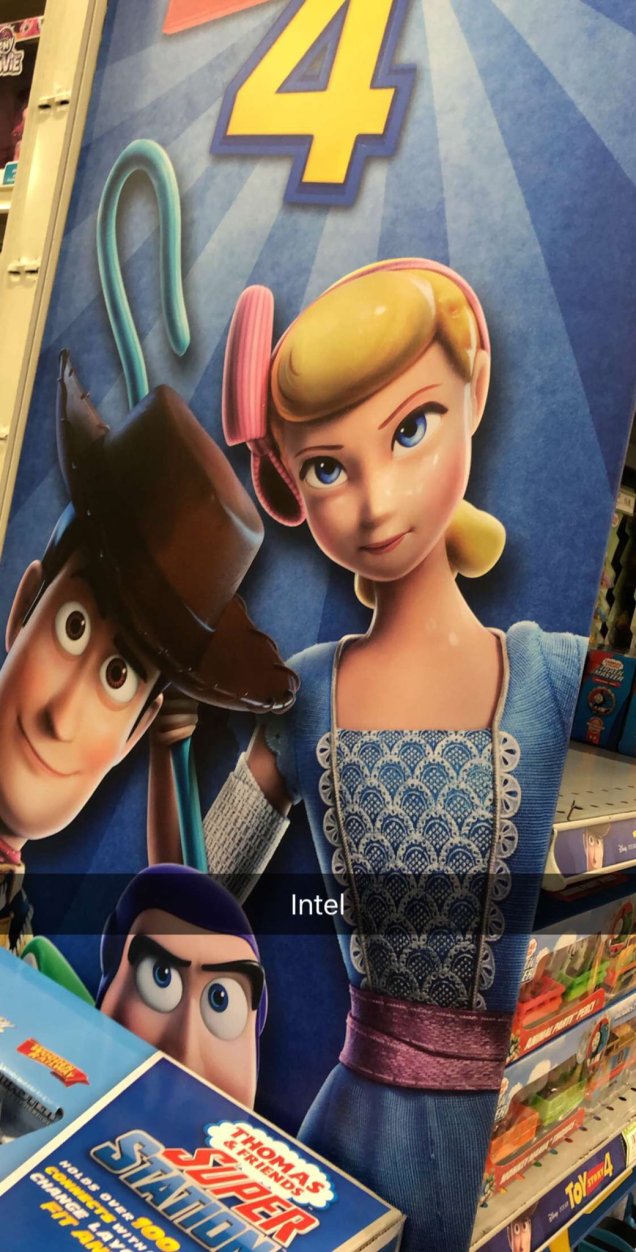 The image appears to be a promotional endcap display at a store – you can see shelves behind, and logo sliders on the shelf edges as well, as if they’re getting ready for the merchandise to come in.  This seems to be a little early for products to be hitting stores, so I’m guessing that perhaps the store got a little ahead of things.  I asked the original poster where the photo was taken, and their reply was at a store called La Curacao in South Gate, in the Los Angeles area.  The crispness and level of detail in the banner’s artwork – as well as the fact that the Disney/Pixar logo can be seen on the shelf tags – lead me to believe that this is a legitimate display piece.

Another thing that leads me to believe that this image is genuine is the bow on the side of Bo’s head.  This matches identically with the ToyBox silhouette mentioned before, and her facial features also match the model shown at SIGGRAPH last summer.  If you compare the three, you can see how well they line up stylistically:

Then there’s the matter of her outfit.  If this is in fact her new look, where did Bo get these clothes that are so similar to her old ones, in color and design?   Did she make them herself, after her old garments wore out?  Or is this depicting some sort of repurposing of her original attire, as was previously surmised?  While the scalloped pattern on the center of her bodice matches what she wore in the past, it’s missing its criss-crossed lacing.  The pink puffed sleeves and side panels – which were beneath the vertical lace edging – are also absent.  The bow she now wears on her head looks like it is made of grosgrain ribbon, and the fabric textures of her bodice and what we can assume are pants seem to match.  I am happy to see that she’s still in pink, blue, and lace, which still feels like Bo despite the new style (an update I am fine with, by the way).  And although she’s not wearing here what appeared to be a cape or poncho in the silhouette image, that could have been omitted in this case so as to reveal more of her and not take up so much space in the frame – maybe she doesn’t wear it the entire film, anyway.  Her skirt is clearly gone, so perhaps the outerwear will tie in her classic polka dots – or maybe it’ll look entirely different.  And what is the thing that appears to be a bandage on her arm?  Was she broken, and that’s the repair (or disguising it)?  If you look at the silhouette, although the resolution is poor, there is potentially an unevenness in the outline that suggests the bandage could be there, as well.  Only time – and an official update from Pixar – will answer these questions definitively.

In my excited discussion of this image with my friends, one pointed out that Woody looks a little odd in the photo – but it could be just the angle at which it was taken, because Buzz looks like himself.  It’s been so long since we’ve seen new stock images of the toys, everything is going to look different to us for a while.  The bottom portion of the banner is hidden, as well – is Jessie possibly down there, or more text?  One thing’s for sure, if stores are starting to get displays already – even if they’ve been instructed not to put them out yet, and this was an oops – I will definitely be paying closer attention to the toy aisles when I’m shopping, from here on out.

What do you think of Bo’s potential new style?  Share in the comments!