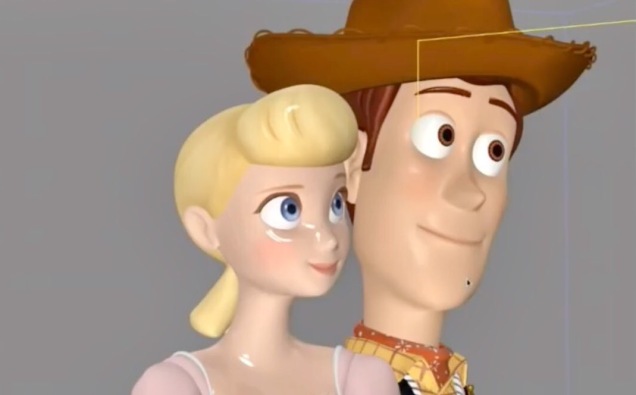 We finally have an image of Bo Peep as she’ll appear in Toy Story 4 – newly-rendered for the first time since 1999 – and she’s gorgeous!

The image was shared with me on Twitter this morning by John. K. Park.  It’s from SIGGRAPH 2018 and shows Woody and Bo standing together.  SIGGRAPH is an annual conference on computer graphics, in which Pixar is always involved.

This image is from Pixar’s presentation at SIGGRAPH 2018. We can only see Bo Peep’s upper body and she doesn’t wear her hat. pic.twitter.com/wenluTZ3FU

The panel where this image was shown can be watched in its entirely, and Woody and Bo appear at the 16:00 mark.  The panelist who describes the technical aspects of the shot is Guido Quaroni, Vice President of Software Research and Development at Pixar.

I’m not suggesting that this represents a scene in the movie – however, Pixar naturally uses its most recent models for its presentations, which in this case would have been from the most current film they were working on at the time, Toy Story 4.  And I won’t claim to be great at artistic analysis, but there’s definitely a difference in her appearance.  There’s a softness in her features, and her eyes are larger and wider.  Her hair is also softer – porcelain like before, but a little less stylized and a lighter, more natural blond.  Her skin still has the porcelain shine we remember.  Her clothes are simplified and not fully rendered here, but they still show her classic style.  And she’s not wearing her bonnet, but that could have been for the purposes of the demonstration. 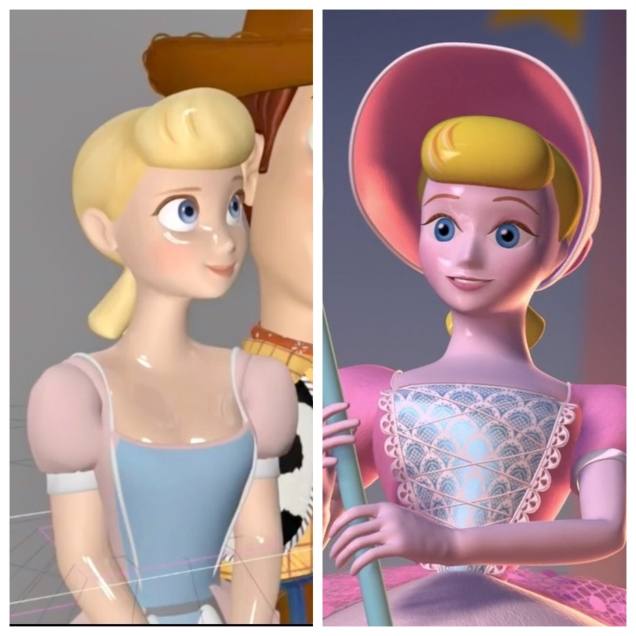 What does this mean in relation to the recent Pixar Toybox silhouette, that clearly shows her in a new outfit?  Well, we might see her as we know her from before in flashbacks, if they use that approach to reveal what happened to her in the first place.  Or, it’s also possible that she might start the film in her usual attire, and then alter it or change it as their adventure progresses, since it wouldn’t be easy to run or climb in her huge, full skirt. 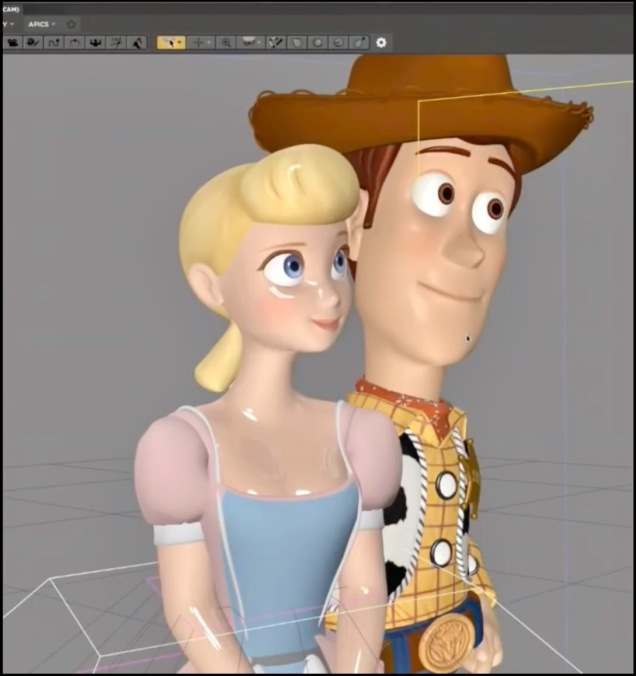 I think she’s just beautiful, as I expected she’d be.  And I love how happy she and Woody look here – even if it was just a pose for the purpose of the SIGGRAPH presentation.  What are your thoughts about Bo’s new appearance?  Share in the comments!