There hasn’t been much to report on these past few months following Toy Story 4‘s release – and I’d be lying if I said I haven’t been enjoying the calm.  But today we finally got some exciting news that we’ve been waiting on – the home release of the movie on digital and Blu-ray!

Toy Story 4 will be available for digital download on Tuesday, October 1, including Disney’s Movies Anywhere platform.  The following Tuesday, October 8, we’ll get the hard-copy release on DVD, Blu-ray, and 4K Ultra HD.  According to the listing on Amazon, here are some of the special features we have to look forward to on bonus discs:

That’s a lot of extras!  The special features are always my favorite – and I especially enjoy watching the movie with the director’s commentary turned on, to hear their insight on the scenes as they play out.

As with any big movie’s home-viewing release, there are a variety of buying options to choose from.  Certain stores will be offering their own exclusive editions:

Target’s exclusive is a 4K Ultra HD/Blu-ray/digital combo, and comes with a small booklet of concept art, referred to as a Filmmaker Gallery and Storybook.

Best Buy is offering the movie in 4K Ultra HD Blu-ray/Blu-ray format as well, in a special Steelbook case.

Based on previous video releases, it’s possible that Walmart will have some sort of store-exclusive bonus as well, although nothing is listed on their site right now.  And it’s likely that the Disney Store will have a preorder gift offer for the film – usually it’s a set of lithographs – but the site doesn’t even have the movie listed for preorder as of yet. 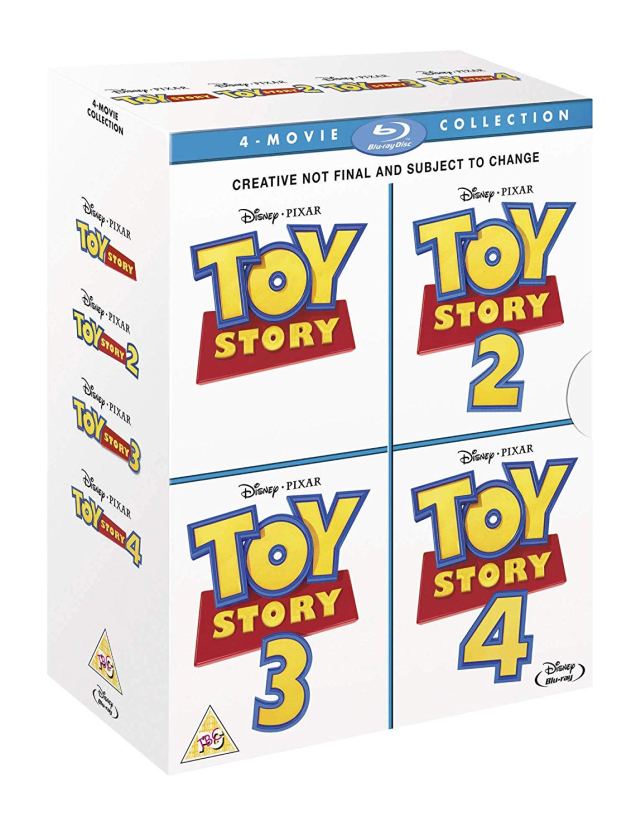 Amazon also lists a four-movie box set, but with very little added information.  We’ll have to see what comes of that.  But with all these options to choose from, I know I’m going to have a hard time deciding which to buy! 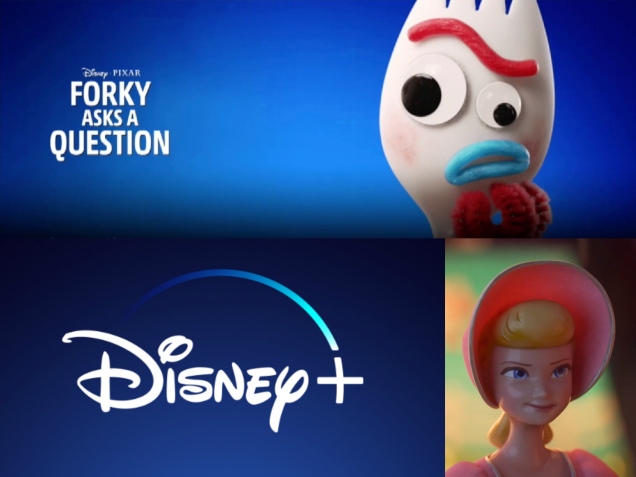 There WILL be some more news coming up over the next few days, so keep an eye on my blog, and also on my Instagram, Facebook, and Twitter accounts.  The D23 Expo starts tomorrow in Anaheim, and while I’m not attending this year, I will be following two panels online very closely.  On Friday, there will be a panel focusing on Disney+.  Then on Saturday, there will be another specifically on Forky Asks A Question and Lamp Life.  While we might not end up seeing any of the artwork or clips they show the audience(s) there, we should come out of the weekend with at least some new information, like the length of the shorts and when we might expect to see Lamp Life, since it wasn’t listed as premiering with Disney+’s launch on November 12.  Stay tuned, I’ll share the news as I find it!